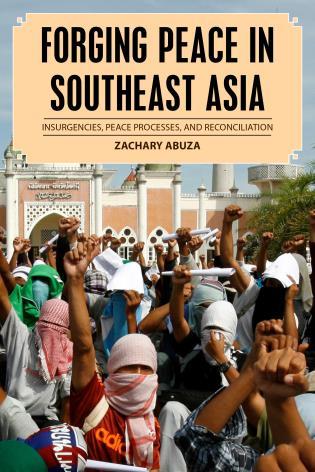 Dr. Zachary Abuza is a Professor at the National War College, in Washington, DC, where he focuses on Southeast Asian politics and security issues, including governance, insurgencies, democratization and human rights, and maritime security.

He is the author of five books, including Conspiracy of Silence: The Insurgency in Southern Thailand (2008), Political Islam and Violence in Indonesia (2006), Militant Islam in Southeast Asia (2003), and Renovating Politics in Contemporary Vietnam (2001).  His latest book, Forging Peace in Southeast Asia: Insurgencies, Peace Processes, and Reconciliation, is a comparative analysis of the peace processes in Aceh, Mindanao and southern Thailand (2016). He authored the Southeast Asian chapter in the acclaimed, study Leaving Terrorism Behind.  In addition, he has authored four monographs on security issues in Southeast Asia and has recently completed a major survey on the media and civil society in Vietnam for the National Endowment for Democracy.  He is currently working on a project for the National Defense University's Project on Irregular Warfare.

Dr. Abuza has lectured at the Foreign Service Institute, the Joint Special Operations University, and other government entities. He has consulted widely to the US Government and corporations with interest in Southeast Asia.  He has served as a Congressional witness on three occasions, most recently in May 2017.  In 2004-05, he was a Senior Fellow at the US Institute of Peace and a recipient of a Fulbright Fellowship.

He received his B.A. from Trinity College (1991), and M.A.L.D. (1994) and Ph.D. (1998) from the Fletcher School of Law and Diplomacy, Tufts University. He is a frequent commentator in the press and has lived and traveled extensively throughout the region.

The father of twins, he is totally into character building. He enjoys chasing them down mountains in the winter, sea kayaking with them in the summer, and is always up for a hike. To date, he has resisted their calls to start a goat farm. He is an avid cyclist.